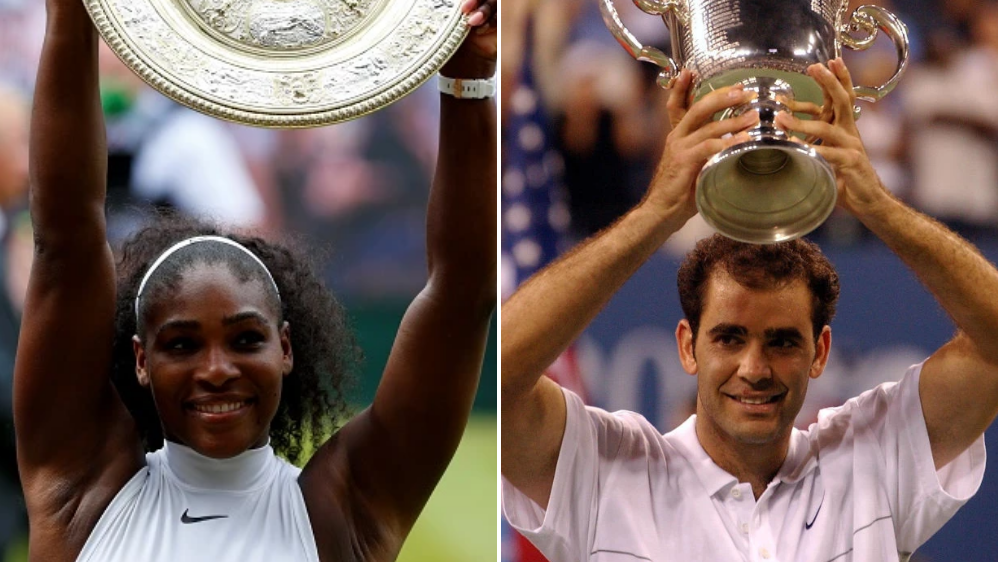 Greg Rusedski has backed Serena Williams to ‘do a Pete Sampras’ and win the 2022 US Open as the tennis legend confirmed her upcoming retirement plans.

The 40-year-old 24-time Grand Slam champion, the most decorated female player in the Open Era, sent shockwaves through the sport on Tuesday, revealing her 27-year career is almost at an end after she turned pro in 1995 aged just 14.

Tributes have flooded in since, from mega celebrities such as Kim Kardashian to current players such as American world No.11 Coco Gauff, with the latter describing Williams as the GOAT (Greatest Of All Time) and lauding her influence.

But before Williams retires, she will play the final Grand Slam of the year at the US Open – which runs from August 29 to September 11 – as she looks to lift her seventh Flushing Meadows crown in New York after she first won it in 1999.

If she were to emerge victorious at the 2022 US Open, Williams would equal Margaret Court’s record of 25 Grand Slam titles in what would be a fairy-tale finish to an incredible career.

‘No question about it, she is the greatest male or female tennis player at the moment,’ Rusedski told Sky Sports News.

‘She has the most majors in the Open Era, you’ve got to look at the depth of the game and the generation she’s gone through as well.

‘I think she has one [major win] in her in New York. Let’s not forget, she’ll be on Arthur Ashe stadium for every match she plays and when you have 20,000 people cheering every ball it’s very daunting for your opponent.’

Williams is currently in action at the National Bank Open in Toronto, Canada and is then expected to play in Cincinnati at the Western & Southern Open before heading to Flushing Meadows.