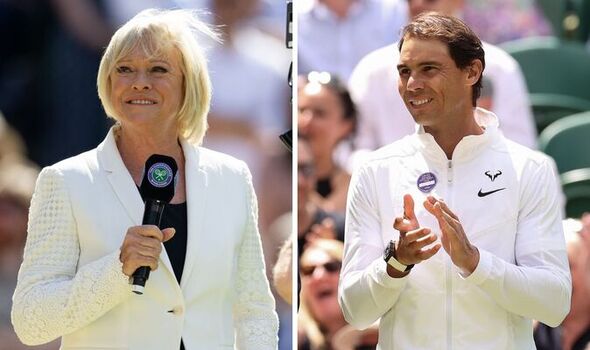 Sue Barker sent shockwaves when she announced this year’s Wimbledon would be her last as the anchor for the BBC’s coverage, having worked on the broadcast since 1993. She rejected a contract extension, admitting the time was “right” to retire but the former French Open champion was teary as a tribute montage was played to her on her final day of coverage following Novak Djokovic’s title-winning victory over Nick Kyrgios.

Barker had become synonymous with Wimbledon, working on the BBC’s coverage since 1993 and becoming the anchor of the two-week broadcast in 2000. But at the beginning of June she announced this year’s Championships would be her last, coming as a shock to many including the players whose runs she had covered at Wimbledon over the last few decades, and Express Sport takes a look at what active tennis players have said in response to the Wimbledon icon’s retirement.

Murray was famously in tears after losing the 2012 Wimbledon final, telling Barker he was “getting closer” a year before lifting his first trophy at SW19. And upon hearing the news that she was stepping down from the BBC’s coverage, the former world No 1 admitted he “loved” that 15-time title winner made it feel like he was speaking to his “mum”.

“Away from the camera, I always loved chatting to Sue. It was like chatting to my mum, or a relative almost. She has that warmth to her,” he said ahead of her final year as the Wimbledon anchor. “Usually you do interviews on the TV and it doesn’t always feel the most natural to me. But with her, a lot of the time I almost felt like she was able to make you forget about that. 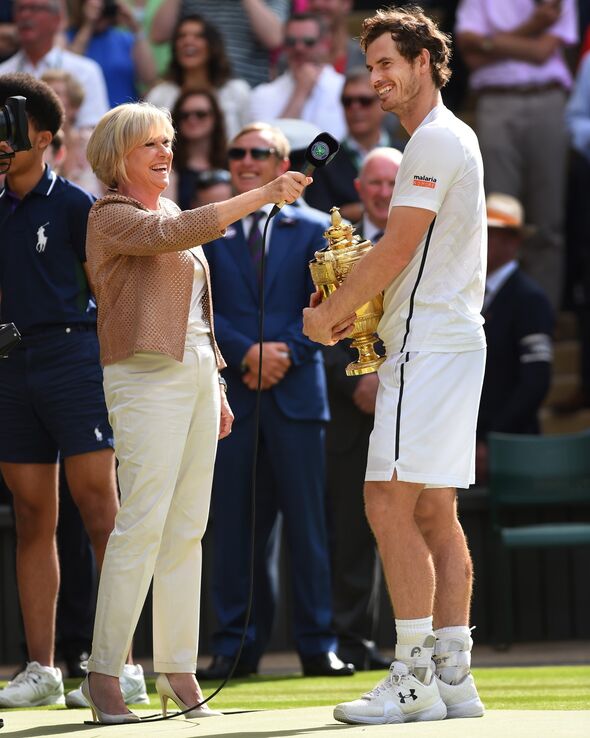 “When I would go to the studio at Wimbledon, she made it feel more relaxed. It was like you’re chatting to someone in the living room or whatever. That was what I really loved about her. She also seems like a genuinely nice person.”

The two-time Wimbledon champion then took part in a tribute video for the broadcaster following the Wimbledon final, adding: “I’ve grown up watching you on the TV and then obviously being interviewed here by you many times. You’re going to be sadly missed by everyone who loves and watches tennis.”

The Italian took a moment to pay tribute to Barker after winning the title at the Queen’s Club ahead of Wimbledon – another tournament the 66-year-old has been the long-time anchor for on the BBC. As she interviewed Berrettini about his title win, the world No 15 interjected: “I just want to say congrats for your career. I heard it’s going to be your last Queen’s and last Wimbledon. So good luck with the rest of your beautiful life. And congrats,” prompting the BBC icon to admit she was “welling up”. 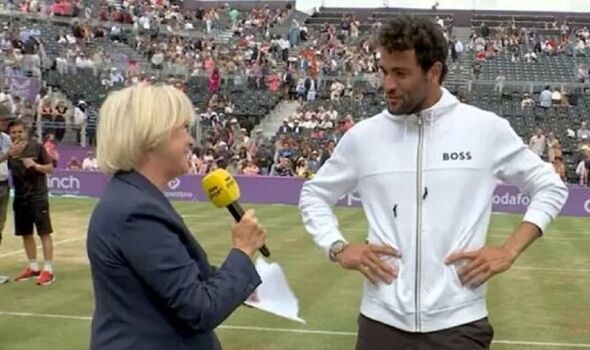 The world No 3 was also one of the few active players to take part in the BBC’s emotional video for Barker. “Thank you for all the great things that you did during all these years,” Nadal said. “We will miss you and wish you all the very best in your future.”

A number of retired pros also joined in on the tribute including Barker’s colleagues Tim Henman, John McEnroe, Martina Navratilova and Chris Evert as well as Billie Jean King, who claimed the 66-year-old would always be the “best presenter” the BBC had and the “number one, no matter what”.