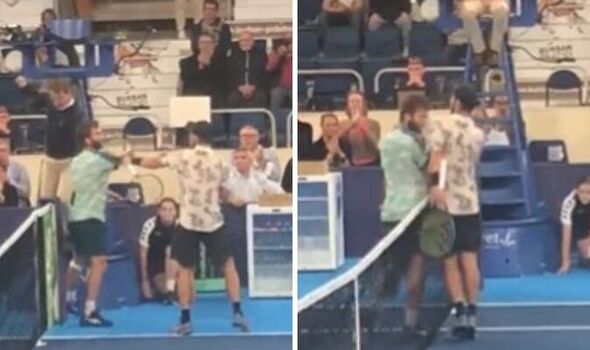 French tennis player Corentin Moutet has issued a statement after he and opponent Adrian Andreev traded blows during an on-court brawl at the Open d’Orleans in France. The 23-year-old was caught up in a heated exchange with the Bulgarian after losing to him in three sets, as the pair could be seen shoving each other and shouting at each other. And Moutet has now alleged that the world No 247 continued to threaten him off court.

Moutet and Andreev were caught up in a fight after the 21-year-old upset the Frenchman 2-6 7-6(3) 7-6(2) in front of his home crowd at the Orleans Challenger on Thursday. The scuffle began during the handshake, which saw both men begin shoving each other and trading words before the umpire had to come down from his chair and attempt to separate them.

The world No 64 has now taken to Instagram to share his side of the story, claiming that his opponent had been swearing at him during the match before threatening him afterwards. “I don’t want to apologise for what came late in the game,” Moutet wrote.

“When a player allows himself to say ‘f*** you’ twice looking at me in the eyes, I can’t help but make him understand in my own way that these are not things that happen. You applauded this player at the end of the match. Maybe for you these are things acceptable. Not for me.” 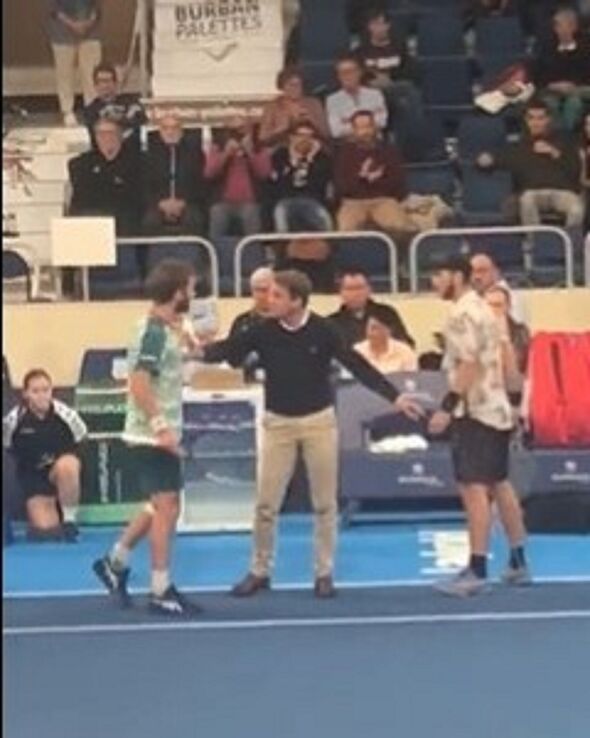 Moutet then alleged that Andreev had told him to meet him off the court to continue the exchange, claiming nothing happened because the Bulgarian was with security as he called out the 21-year-old and said he was happy to speak “calmly” about the issue. He continued: “In any case he threatened me and told me, asked to wait for him at the exit of the court. Which of course I did.

“I had trouble finding it for 10 minutes. Indeed it was hidden from the other side behind 6 security people. I heard your threats so when you get out of the room where they have hidden you I will be very happy to see them done. So I’m looking forward to you, we can talk calmly.” 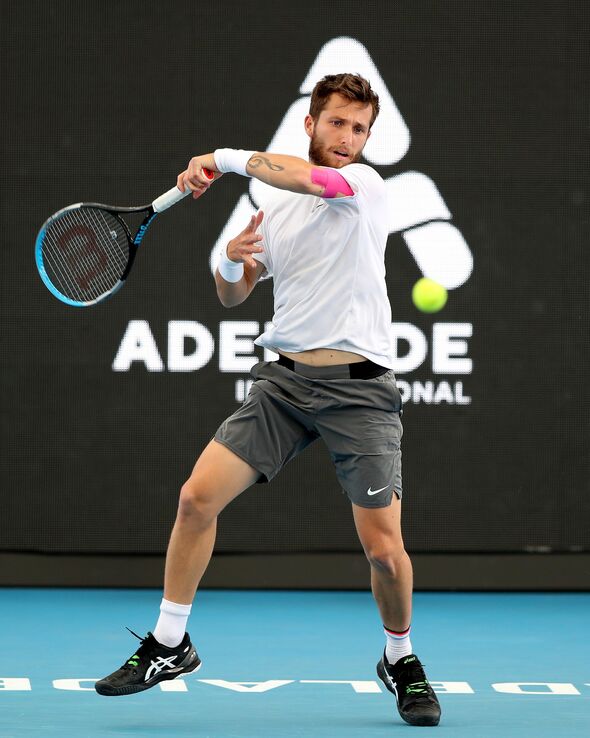 It’s not the first time Moutet has been involved in an altercation, as he was defaulted in Adelaide at the start of the season for swearing at an umpire. After taking a 6-4 lead over Laslo Djere, the 23-year-old dropped the second set 7-5 and unleashed his frustration at the chair official, shouting: “f*** you.”

The supervisor was called to the court during the changeover and made the decision to disqualify the Frenchman, handing Djere the victory. And Moutet also took to Instagram after that incident, as he wrote on his story: “Different rules, different person. They’ll treat me good when they’ll need me.”