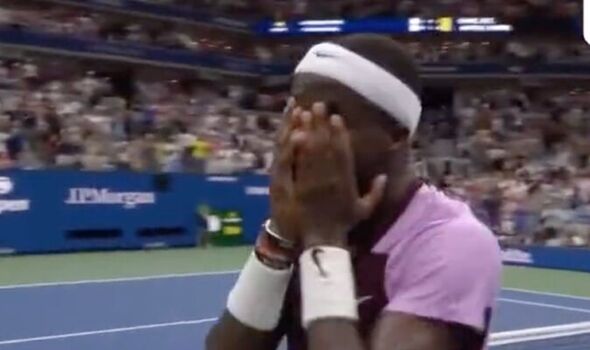 Frances Tiafoe broke down in tears crying after pulling off a stunning victory over Rafael Nadal to reach the US Open quarter-finals. The American produced a masterclass against the legendary Spaniard, winning in four sets in front of a packed crowd at Arthur Ashe Stadium and clinching the biggest victory of his career so far.

The world No 26 was visibly emotional on the court after completing a superb 6-4, 4-6, 6-4, 6-3 win over Nadal, who was not at his devastating best after recently returning from an abdominal injury.

But nothing could be taken away from Tiafoe, who battled hard and produced some thunderous serves to clinch a memorable victory and end Nadal’s 22-match unbeaten run in 2022 at Slams.

And as he saluted the cheering crowd, the 24-year-old sat down at his chair and bowed his head into his hands as tears rolled down his cheeks as he celebrated in front of his family and partner. 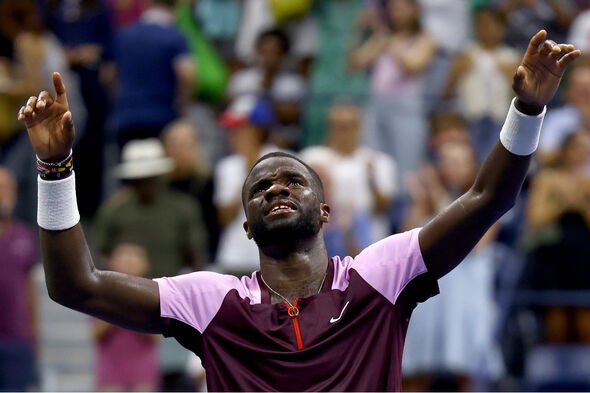 It means that Nadal will not be able to add to his 22 Grand Slams until the Australian Open in January after his first defeat at Flushing Meadows since his semi-final loss in 2018.

The 36-year-old had missed the previous two tournaments through injury having beaten Daniil Medvedev in a thrilling final back in 2019.

But the Mallorcan clearly did not look at his optimum fitness level as he struggled with excessive sweat during the match, while he walked off court for eight minutes after losing the sweat and returned with straps on his wrists.