British tennis star Liam Broady expressed his frustration with players who withdraw late from grand slams with no intention of playing. This was believed to be a shot at Novak Djokovic, who has been included in the US Open main draw despite not being vaccinated.

Currently non-US citizens are unable to enter the country if they have not received the coronavirus vaccine, but the Serbian is holding on to slim chances he may be allowed to compete. Therefore, he has yet to announce his withdrawal from the tournament despite the chances of the US reversing their vaccine rules before the main draw begins on Monday being unlikely.

This has infuriated Broady, who has entered the qualifiers for the tournament, who believes players in the main draw who opt for this approach negatively impact the top seeds of the qualifying event. “There should be a rule against late withdrawals from slams when you know you aren’t going to play,” the 28-year-old tweeted earlier today.

“Really tough on number 1 seeds in slam qualifying seeing players they know aren’t playing on the main draw list but still having to go through qualifying.” Broady was also frustrated by anyone whose response to his gripe is to just improve your ranking.

JUST IN: Rafael Nadal tipped to break Novak Djokovic record by John McEnroe ahead of US Open 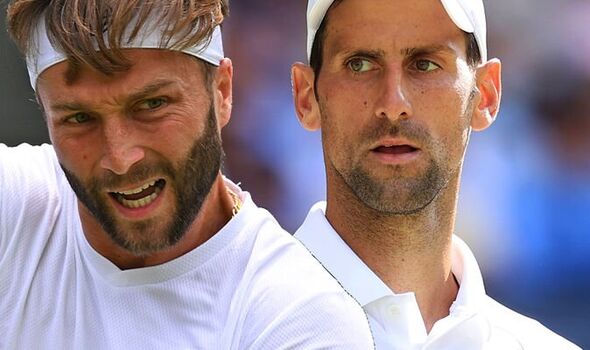 He added: “I actually think it’s insane that people’s response is ‘get your ranking up’. When the person who is 1 in qualies is the highest ranked but an LL of any ranking could then take the place of the late withdrawal? Where’s your logic people.”

Broady made it through the first round of US Open qualifying 20-year-old Murphy Cassone 3-6 7-6 (7-3) 6-1. On Wednesday he took to Instagram and wrote: “First round qualies battle out the way. And again tomorrow.”

The British number six is aiming to reach the main draw of the US Open for the first time and will face Bulgaria’s Dimitar Kuzmanov in the second round. With Djokovic set to be barred from Flushing Meadows this year, former tennis star Andy Roddick admitted the situation was ‘unfortunate’ but insisted the former world number one must live with his choice to remain unvaccinated. 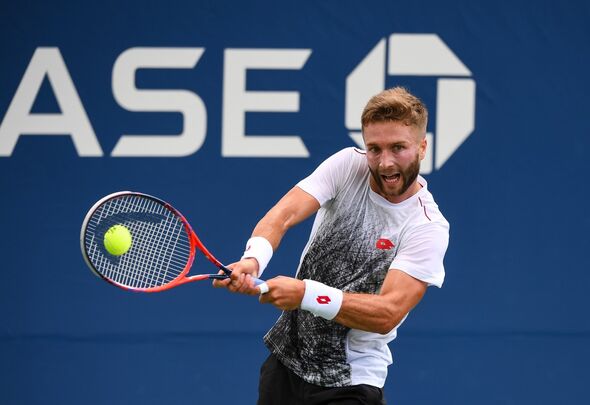 “I think it’s unfortunate that he can’t play,” the 2003 US Open champion told the New York Post. “But the writing has been on the wall, and he’s making a choice.

“I think we all deal with the consequences of our given choice. I think a tournament would be better for having him in it. But I also don’t know that it’s the U.S. Open or the USTA’s place to kind of override government policy. I think it’s ridiculous for anyone in general fandom to expect that of a tennis tournament.”