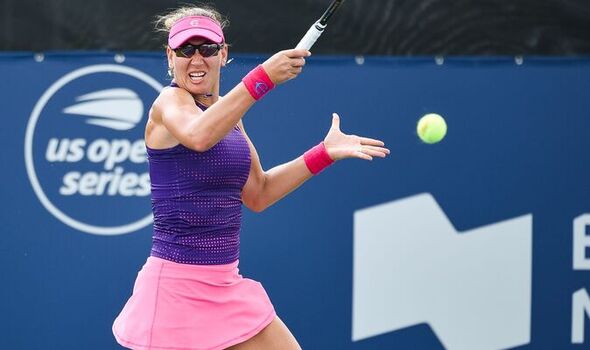 A third player has slammed the US Open for providing female players with different, lighter tennis balls compared to the men. After Paula Badosa and world No 1 Iga Swiatek put pressure on the tournament to give them the same tennis balls, doubles star Nicole Melichar-Martinez has joined their calls and shared the injury risks of using lighter balls.

The US Open has come under fire once again for providing female players with lighter tennis balls during the Grand Slam tournament and its lead-up events in the likes of Canada and Cincinnati. Doubles world No 24 Melichar-Martinez is the latest to criticise the tournament for the decision after Swiatek and Badosa led calls to use the same tennis balls for both genders.

It comes after world No 4 Badosa shared an update as she posted a photo of the balls given to the men and women side-by-side, showing that those used by female players were specifically meant to be used for clay and indoor tennis while the men’s are designed for hard courts – the US Open surface. “It also messes with mixed doubles!!” the recent Cincinnati finalist pointed out.

“Why do either men or women have to adapt for a different ball during the tournament? Not good towards possible injuries….” After raising the injury fears associated with switching between using different balls in mixed doubles and regular singles and doubles competition, the American also echoed Swiatek and Badosa’s recent sentiment.

JUST IN: Medvedev responds to fears Wimbledon ban may harm US Open defence 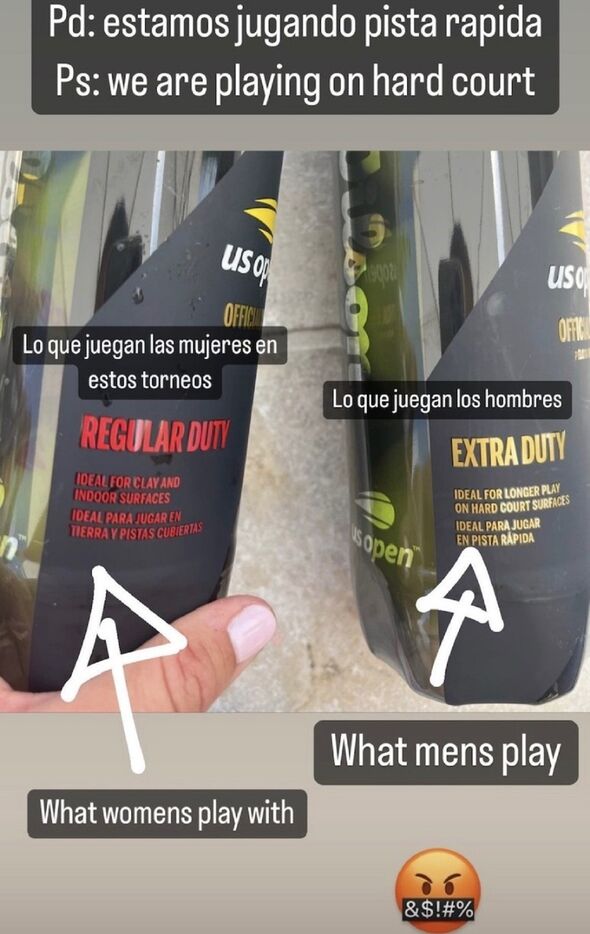 Replying to a fan, Melichar-Martinez wrote: “The women’s ball make it more difficult because it flies more… more difficult to control.” It marks the third time in less than a week that a top female player has slammed the use of lighter balls during the North American hard court swing.

Different pre-US Open tournaments used to use different brands of tennis balls but this was recently unified, though the men were given extra duty balls for hard courts while the women were given regular duty balls designed for clay courts. World No 1 Swiatek revealed that she and Badosa had previously asked WTA boss Steve Simon to get rid of the “horrible” balls and demand the female players used the same as their ATP counterparts. 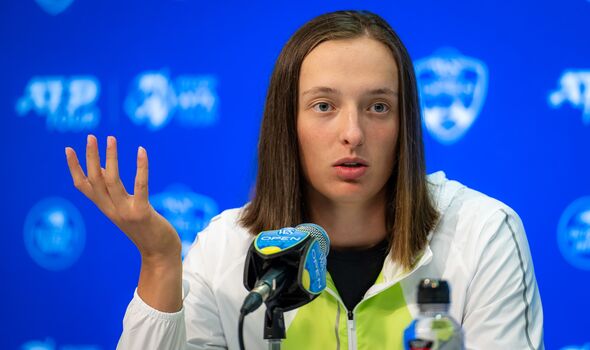 “I know that many players complain, and many of them are top 10,” she said during the Cincinnati Open. “Me and Paula Badosa last year talked with Steve about changing to men’s balls. I don’t think it would be a problem because it’s still the same company. Maybe we should push a bit more.”

The Spaniard then backed the 21-year-old, taking to Instagram to add: “Very unfavourable conditions for the players and for the show. Then we complain that there are many mistakes and tactics and intelligence have been lost in the points. [While dealing with] faster courts and IMPOSSIBLE balls to control.”