‘Come on, Tim!’: Underdog van Rijthoven has finally given a good reason for the Wimbledon crowd to dig out an old favourite, as the World No 104 prepares to take on Novak Djokovic on the big stage

Finally a good reason for the Wimbledon crowd to dig out an old favourite.

Have recent Championships spawned anything less funny than sporadic cries of ‘Come on, Tim’?

Has this place ever known a story like Tim van Rijthoven? A month ago, the Dutchman had never won a tour-level match. He was outside the top 200 and had a dream to open a noodle restaurant. 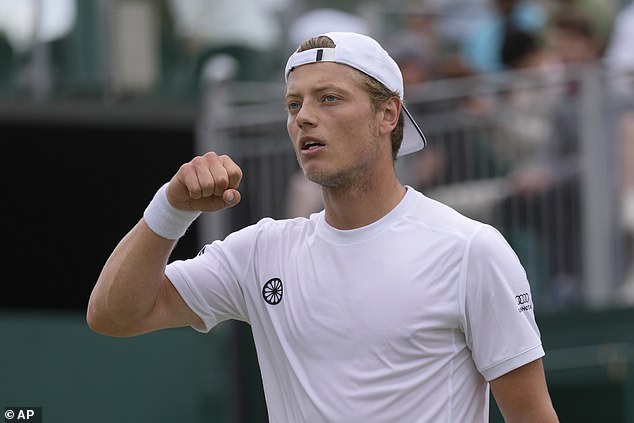 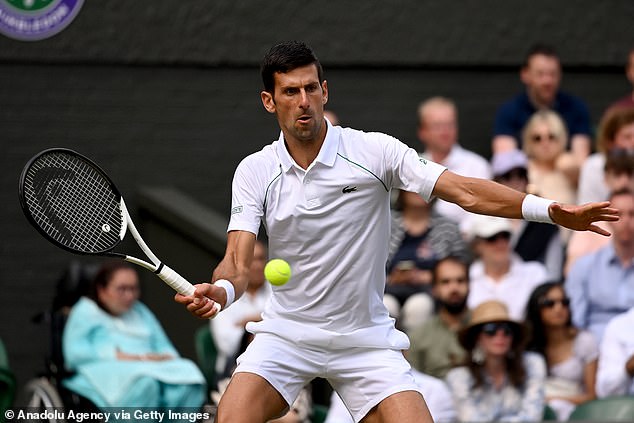 On Sunday, in his first Grand Slam, he faces top seed Novak Djokovic in the Wimbledon fourth round.

Even if the double-meaning was lost on Van Rijthoven. ‘Obviously I do know Tim Henman,’ he said. ‘I didn’t correlate it to him – that’s just a little bit before my time.’

Eight straight wins have earned Van Rijthoven, 25, a first title at Den Bosch in the Netherlands and now a date with Djokovic. 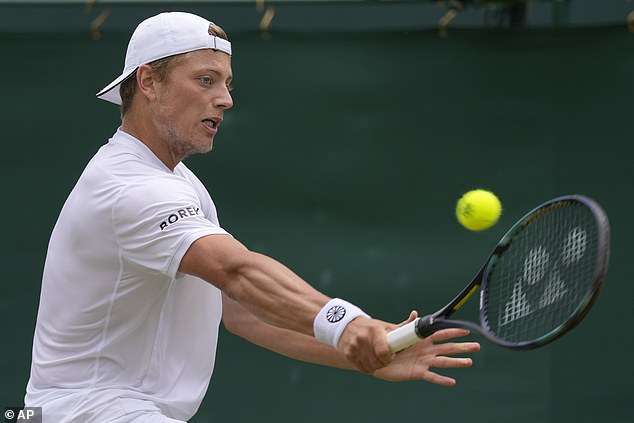 ‘Before the tournament started, it was a dream for me to play him,’ he said. ‘To have that chance is beautiful and magical.’

Until this run, he faced dark times aplenty. Van Rijthoven struggled mentally and lost around three years to injury. ‘From the outside it looks like a fairytale, but it’s a lot of hard work, a lot of belief.

‘Against Djokovic I’ll go in thinking I can win.’ And why not?

Another improbable win could set up a quarter-final clash with Carlos Alcaraz, the 19-year-old Spaniard who eased through with some astonishing shotmaking against Oscar Otte. Alcaraz is the youngest man to reach the round of 16 here since 2011 thanks to a 6-3, 6-1, 6-2 win on Court 1. 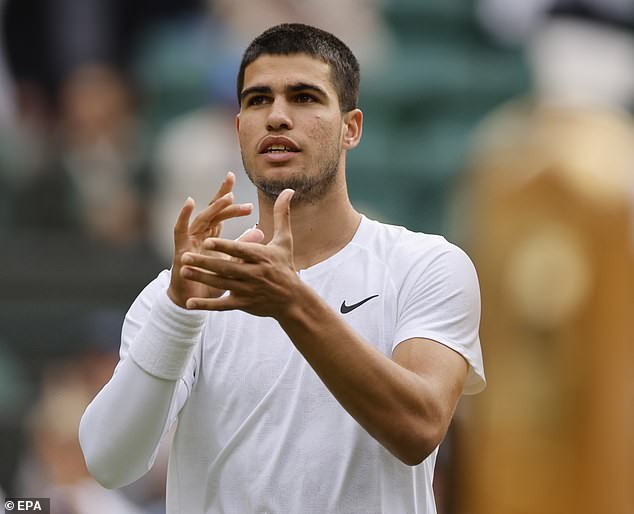 Carlos Alcaraz, aged just 19, has been very impressive at his second Wimbledon event

He turned on the style with ferocious groundstrokes and a couple of outrageous lobs.

‘This was the best match on grass I’ve played,’ said the No 5 seed, who is in only his third tournament on the surface. ‘Wimbledon gives you a special energy.’