Roger Federer joked that he is ‘ready to be on your side’ to Novak Djokovic’s coach after arriving at the O2 in London. The former world No 1 will retire after playing one final match in this week’s Laver Cup.

Federer is part of Team Europe and will play alongside Djokovic, Rafael Nadal and Andy Murray. A clip of the tennis icon greeting Djokovic and Murray at the O2 has been shared on social media.

In the video, Federer can be seen embracing the duo as they exchange pleasantries. The 41-year-old then turns to Djokovic’s coach, Goran Ivanisevic, and jokes about being ‘ready to be on your side’ in a reference to leaving the pro game behind.

Federer laughs with Ivanisevic and says: “I’m ready, ready to be with you, on your side!” 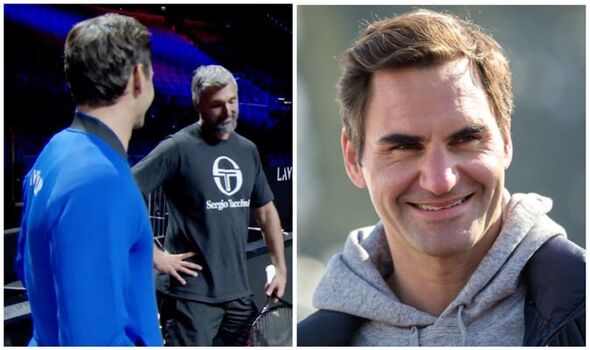 The outgoing star then leaves the O2 court before telling Djokovic and Murray: “Have a good practice.”

Federer is expected to play one final doubles match this week before calling time on a 24-year career that included 20 Grand Slam victories. His final appearance at a major was Wimbledon 2021.

A star-studded doubles partnership with long-term rival Rafael Nadal is expected to be the conclusion for Federer’s incredible quarter-decade in the sport. He will move away from Grand Slam and ATP Tour-level events, although has refused to say he will stop playing tennis.

Federer has had to request special permission to play just one match at the Laver Cup, saying that his long-term knee issue might not allow him to play twice. Competition rules state that participants must play a singles and a doubles match, but Federer will not play a singles event. 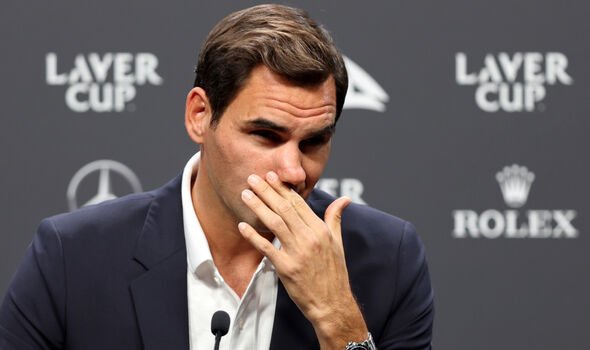 Earlier this week, Federer revealed that he had to announce his retirement earlier than expected because his team suspected the news would be leaked.

“The last year has been tough to say the least. I knew I was on very thin ice ever since I played Wimbledon. There was a limit to what I could do. I also stopped believing in it, to be honest. I got a scan a few months back and it was not the result I was hoping for,” he told the BBC.

“Very quickly, we realised ‘this is it’ and it became about how we announce it, when we announce it. It was also quite stressful to try and keep those moments private and that it doesn’t leak.

“Apparently there were leaks happening in the morning so we scrambled to get it out a little bit earlier than we were expecting.”