Rafael Nadal has learned from his defeat to David Schwarzian at the Rome Open, coach Carlos Moya has claimed. The world No 2 goes up against the Argentine in the French Open semi-finals on Friday. And he’ll enter the showdown having not dropped a single set so far.

Nadal was thumped by Schwartzman when they last met, with the Argentine prevailing 6-2, 7-5 in the Rome Open final.

That’s the only blotch on the Spaniard’s record when it comes to their rivalry, however, with the 34-year-old winning their previous 10 encounters.

With the French Open final at stake, the two men are poised to go head to head once again.

And Nadal’s coach, Moya, has told Eurosport his man has learned from the defeat and will go into the contest with his mind focused on the task in hand.

“The match in Rome was very strange because Rafa won two very good matches against powerful opponents,” he said.

“Against Schwartzman it was the first time that he had problems in the score and he did not manage it totally well on a physical or mental level. 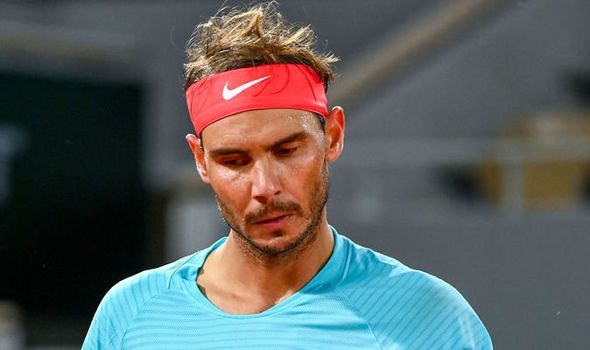 “We learned from that moment and now he is at a great level with many more games played.

“It will be a tough mental battle and I think we have some weapons that will allow Rafa to compete with guarantees.”

Schwartzman believes he can beat Nadal, despite his inferior record against Friday’s opponent.

“But, yeah, I know this week that I can beat him. That’s important thing.”

He then added: “Rafa is the legend here, is the owner of this place almost. 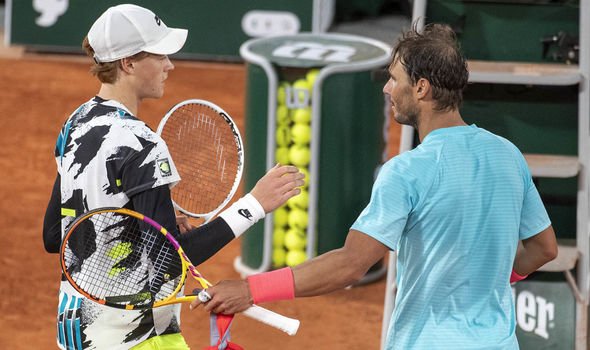 “I have two days free so I’m not thinking yet about the semi-final.

Nadal has won a stunning 12 French Opens in 14 years, establishing himself as the best clay-court player ever in the process.

And he’s now out to match Roger Federer’s record of 20 Grand Slam titles, knowing he’s one win away from doing that.

He swatted Jannick Sinner aside in the previous round.

And, after that match, the Spaniard expressed a belief he was ‘lucky’ to emerge victorious having had his serve broken midway through the match.

“Sinner is a very, very young talent with a lot of power, great shots,” said the tennis icon.

“For two sets it was tough, especially in the second set I was lucky to be back.

“The conditions were a little bit difficult, he was hitting every ball very hard and with this cold, my speed is not there. It was hard for me to put him out of position.

“Now I have two, well almost one and a half days off to rest and practice.”