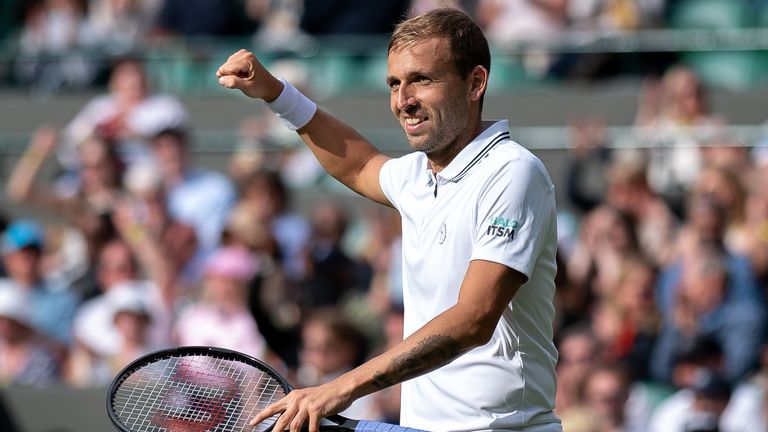 Evans was in second-round action and was a straight-sets winner over Dusan Lajovic to march into the last 32 without losing a set, while Norrie finally got his campaign under way with a four-set first-round win after rain held up his opener with Lucas Pouille.

Evans is enjoying a career year and a routine victory over Lajovic kept him on course for a best-ever showing at Wimbledon.

Almost 24 hours after he impressed with a victory over Feliciano Lopez, he added another impressive win to his year’s work, seeing off world No 42 Lajovic 6-3 6-3 6-4 on Court No 1. 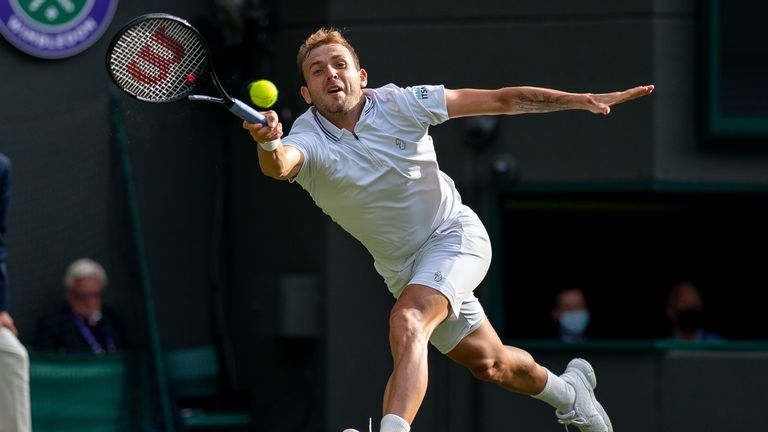 Evans has twice before reached the third round, but has gone no further, losing in five sets to Joao Sousa in 2019 and Roger Federer in 2016.

But he will fancy his chances of further progress this year despite an awkward-looking third-round contest with highly-rated America Seb Korda – whose father was a Wimbledon quarter-finalist in 1998 and whose sisters are currently dominating the golfing world.

Evans, who will make his Olympics debut in Tokyo and has reached a career-high 25 in the world rankings, recovered from an early exchange of breaks to dominate the majority of the match, and vowed that there is more to come

“I think I’ve done a great job of getting through, I’ve not played my best tennis just yet, so hopefully that’s coming,” said Evans, whose best-ever performance in a Grand Slam was the fourth round of the Australian Open in 2017.

“I’m working hard. I’m trying to focus hard on finding it. Another day on the practice courts tomorrow, get a bit more feel.

“Match by match to get a bit better would be good, I’m competing hard and staying focused, which is part of, a big part of the battle really out there is to stay in the match, especially three-out-of-five sets.

“There’s massive momentum changes in the match. It’s about keeping calm and concentrated in the moment really.”

Norrie was the first man on court as he got play under way on Court No 2 at 11am – his match against Pouille one of the more intriguing, if delayed, matches from the opening round.

After losing the opening set before play was suspended on Tuesday, Norrie ran out a 6-7, 7-5 6-2 7-5 winner over the Frenchman.

Pouille is a former quarter-finalist at Wimbledon, reaching the last eight in 2016 and has reached the semi-finals of the Australian Open but, now ranked 95 in the world, he is on his way back from elbow surgery.

He had showcased those credentials early on, claiming the opening set via a hard-fought tie-break against Britain’s 29th seed on Tuesday night before play was suspended.

However Norrie, inspired by the crowd, showed the tenacity, nous and no little class that have given him more wins than all but two players on the ATP Tour this year.

The 25-year-old has won 29 games this year – only Andrey Rublev and Stefanos Tsitsipas have won more – and he motored his way to 30 by claiming the next three sets.

Seven-time Wimbledon champion Roger Federer looms large as a third-round opponent for Norrie, but up next is Australia’s Alex Bolt in the opening match on Court No 1 on Thursday.

“I think a little bit yesterday I wasn’t that calm. I completely donated the set, a couple of set points, I threw in a couple of double faults.

“Today I made a conscious decision to be a little bit more calm on the court, really enjoy it out there – I think it comes with winning a lot of matches, a lot of tight matches, just putting yourself in those scenarios.

“When it’s tough, in those tough moments, that’s when I feel like I feel good and I feel comfortable. I think that’s why I’m doing a little bit better this year, is because I’m executing in those scenarios, in those bigger moments.”

The fourth of the British quarter of men in action was Liam Broady and he briefly raised hopes of a fourth victory when he took the opening set against ninth seed Diego Schwartzman in their second-round match.