World no 1 Ashleigh Barty is out of the French Open after retiring through injury during her second-round clash with Magda Linette.

Barty came into the tournament in great from and as one of the big favourites but struggled against Bernarda Pera in her first match and revealed afterwards that a left hip problem had flared up at the weekend.

The 25-year-old admitted it would be tough to get through more matches and so it proved, with the top seed calling it a day trailing 6-1 2-2. 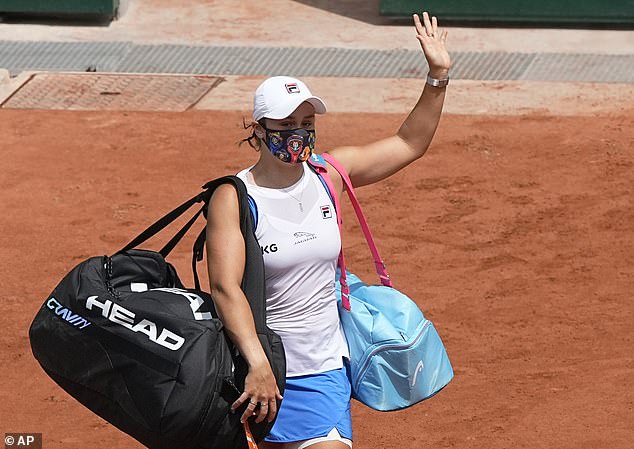 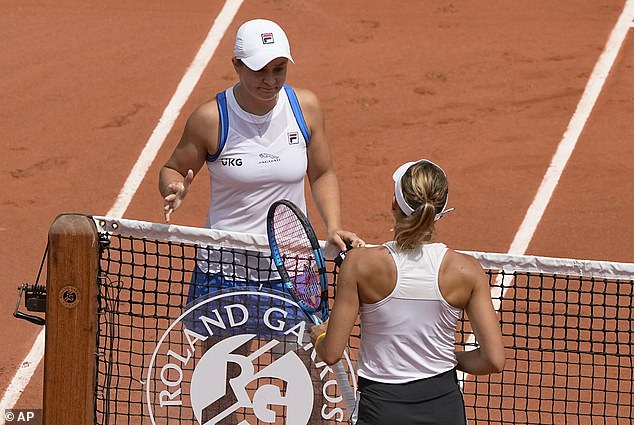 Barty was understandably upset by her misfortune, saying: ‘It’s heart-breaking. We have had such a brilliant clay-court season, and to get a little bit unlucky with timing more than anything to have something acute happen over the weekend and just kind of run out of time against the clock is disappointing.

‘It won’t take away the brilliant three months that we have had, as much as it hurts right now.’

Barty revealed the injury happened during a training session and she pulled the plug because she was becoming concerned about what might happen.

‘I just tried to give myself a chance and see how it felt,’ she said. ‘Obviously practising we’ve had our restrictions and essentially tried to stay as fresh as possible and not aggravate it in any way, but in a match that’s unavoidable at times. 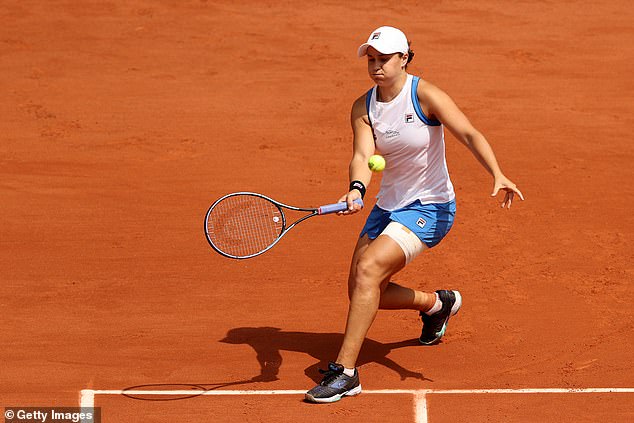 ‘It got worse today and it was becoming at the stage where it was unsafe. As hard as it is, it had to be done.’

Australian Barty held onto her first service game but was clearly hampered and was then broken twice in succession before heading off court for treatment at the end of the set.

She played a little more freely at the start of the second set, holding serve twice in succession, but her facial expressions betrayed the discomfort she was feeling.

After Linette held serve to make it 2-2 in the second set, Barty shook her head and put her racket away.

The defeat ends Barty’s winning run at Roland Garros after she lifted the trophy in 2019 and chose not to defend her title last year.

Tags: 'No, 1, Ashleigh, Barty, quit, World
You may also like
Latest Posts